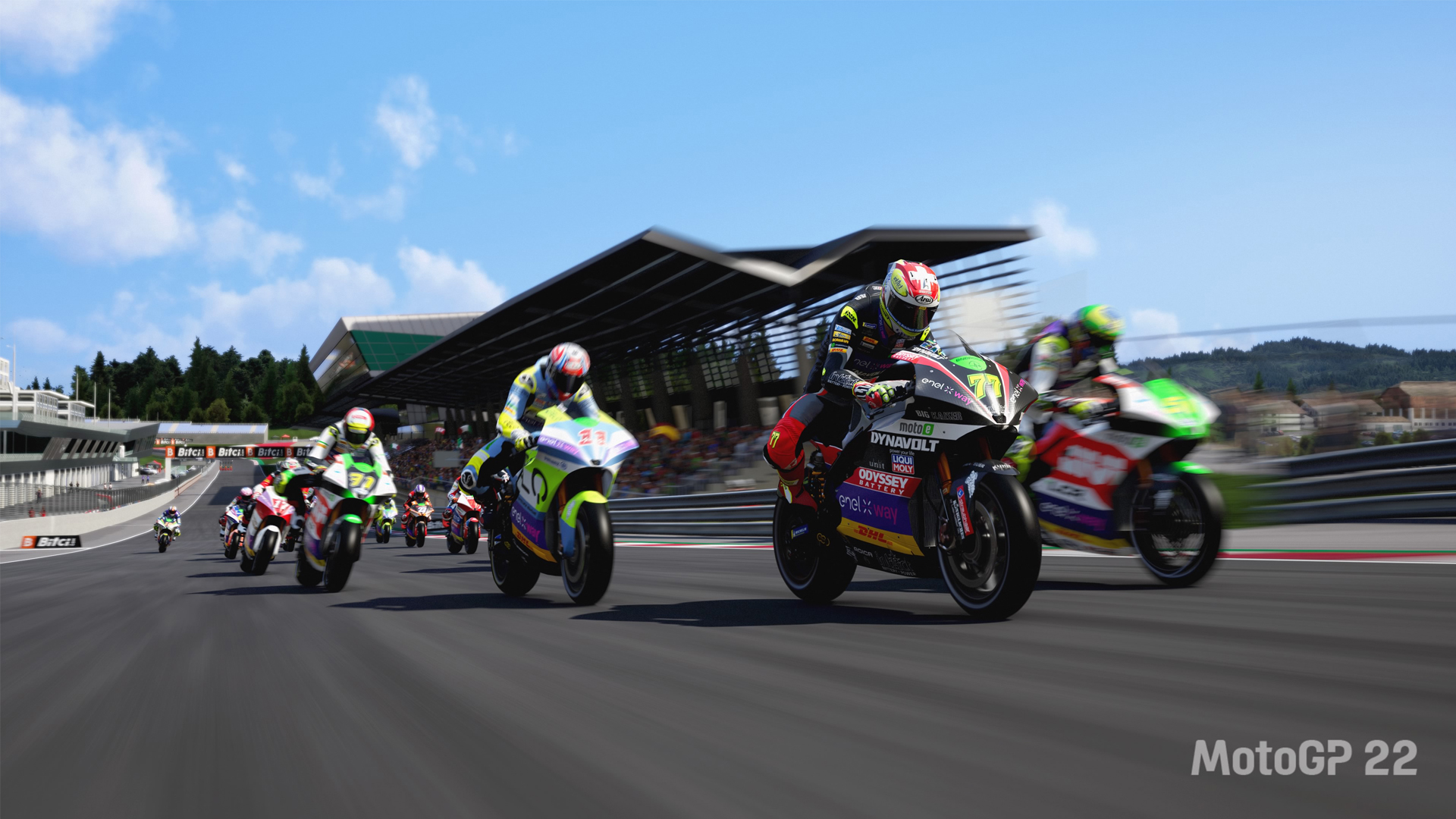 The surprise new online feature is a first for developer Milestone, with MotoGP 22 players on PC, PlayStation and Xbox now able to race each other.

Surprise – a new online feature has been added to MotoGP 22 alongside the expected MotoE category in what could be the final update for the game.

This is a key feature not just for MotoGP 22, but games created by Milestone in general. The Italian developer has a centralised technology studio that delivers new features to the individual game teams, with many titles sharing the same baseline additions.

For example, both Monster Energy Supercross 5 and MotoGP 22 this year added local split-screen multiplayer for the first time. With cross-platform multiplayer, sometimes known as cross-play, now available for MotoGP 22 – a first for Milestone – hopefully, we can expect this feature from future titles, such as the upcoming SBK 22.

Now, as you enter a lobby, there is an icon next to each username that highlights if they are on the same platform as you, in this instance PlayStation, or something different – signified by a Milestone logo.

In what has now become a traditional late-season arrival for the MotoGP games, the electric MotoE support class has now been added via the free update to MotoGP 22.

That means a field of identical Energica Ego Corsa motorcycles that make use of an 11.7kWh battery for 0-100 km/h (62 mph) in three seconds – albeit, a new inverter for this season means they weight 15kg less than 2021.

There are 18 riders included, all with the matching liveries, helmets and suits from the 2022 season, currently led by Dominique Aegerter. It means that four MotoGP classes are now part of the game.

Launching on 21st April 2022, the final update arrives a scant three months later. In that time, revisions to the bike designs, 2022 liveries, the Red Bull Rookies Cup and now cross-platform play and MotoE have been added – however, other yearly titles such as the Formula 1 games receive support, even through minor fixes, for aorund 10 months at least.

Of note, however, the MotoE category is not yet in the Nintendo Switch version, so there is at least that addition on the way. Today’s update follows the game’s recent addition to console and PC Game Pass.

Daily Deals: Get a Free Year of Switch Online When You Buy Select Switch Games

Our top picks for streak-free visibility

More racing games should have storylines

Prince Charles drives himself to Commonwealth Games in vintage car