Outriders developer People Can Fly has updated its multi-game pipeline with a bunch of new details. 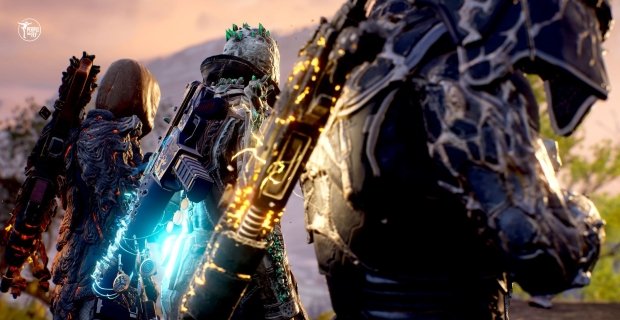 People Can Fly is currently working on a bunch of new games. The studio is developing five titles, including Project Gemini with Square Enix, Project Dagger with Take-Two Interactive, one project that will be self-published, and two games in early concept phases.

The developer has outlined its slate of games with tons of fine-tuned information on what’s to come, including its upcoming Gemini and Dagger titles. 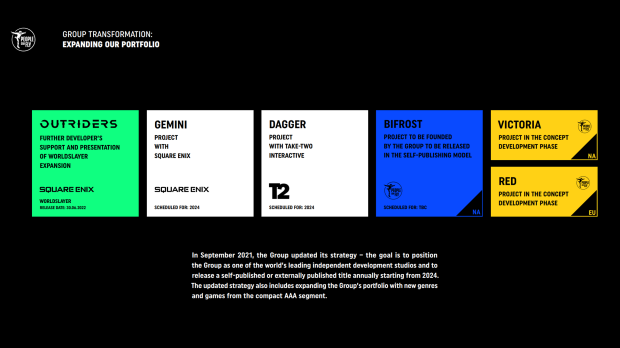 Here’s a breakdown of the new games:

Meanwhile, People Can Fly says that Outriders has yet to make a profit and the studio has not received royalties from the commercial release of the game. The studio plans to continue to support Outriders and is about to launch Worldslayer, the first major expansion to the looter-shooter.

The Group’s long-term objectives continue to include:

• to further develop the Group’s existing IP and create new IP in the course of new game development projects so as to strengthen the Group’s self-publishing potential;

• to continue the business model adopted by the Group, which consists in parallel development of several Triple-A games in partnership with leading global publishers;

• to strengthen the global People Can Fly brand as a leading independent AAA game developer;

• to further enhance its specialisation in Triple-A games development in order to position the Group among the world’s top AAA action game developers;

• to further advance the PCF Framework as a vital element underpinning the Group’s competitive advantage in AAA video game development;

• to develop new business lines based on the studio’s brand and the Group’s know-how and IP, including through increased use of Unreal Engine and investments in new segments of the entertainment industry.