While it’s been going on for a while now, in the last week the community is giving a lot of attention to the ongoing Team Fortress 2 bot problem – and now, the TF2 medic voice actor Robin Atkin Downes has come out in support of the multiplayer game‘s issues, and will apparently speak with Valve about it.

Apparently starting with Team Fortress 2 player SquimJim, who posted a video (via IGN, which calls TF2 “literally unplayable” now) complaining about the two-plus years-long bot problem the long-running FPS game seems to be afflicted by – which some suspect could be tied to the leak of TF2’s source code in 2020 – and urged the community to pressure Valve into doing something about it.

Now, it seems like even Team Fortress 2’s voice actors are speaking out against the issue. It seems like concerned players were also pinging Robin Atkin Downes – who voices the Medic in TF2 and Kazuhira Miller in Metal Gear Solid 5, amongst many roles – who has now responded with his support.

Downes promises players that “I hear you” but reminds them that he didn’t actually work on the game. However, he adds that “I will do what I can to help you” and says he will contact Valve this week to “ask them about this situation”.

#Tf2 Community! I hear you! Please understand that although I worked as an actor on the game…. I do not work for Valve. That being said, I will do what I can to help you. I will contact those I know at Valve this week and ask them about this situation. #Medic #Tf2 pic.twitter.com/oJpGsxdAee

While the community holds its collective breath for Valve to respond, the problem will likely get worse, and no amount of Steam quiz games will fix that. 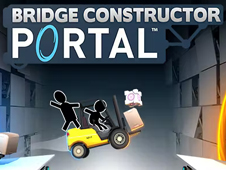